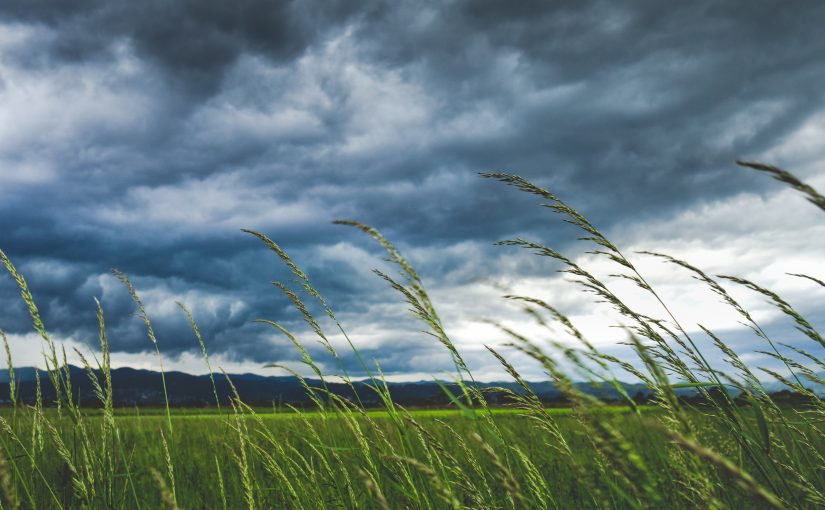 I journeyed from Yorkshire to London and back again this weekend, and so forgive me if today’s post is a little shorter than usual. Of course, it’s a voyage that Anne Brontë herself made in July 1848, on her one and only journey outside Yorkshire. As we’ve looked at in previous posts, it’s likely that either Anne or Charlotte inadvertently brought tuberculosis bacillus back with them, starting a chain of events that would see Branwell, Emily and finally Anne herself die of the disease within a year of their visit to the capital.

London was as beautiful as ever yesterday, although the north winds of Storm Hannah were rushing through its streets and sending grass cuttings flying everywhere. It was an inconvenience, but for the Brontës of Haworth the north winds could be much worse as they often presaged periods of illness. Charlotte also spoke of how melancholy the sound of the wind made her; in a letter of October 1836 to her beloved friend Ellen Nussey, she wrote:

“Excuse me if I say nothing but nonsense, for my mind is exhausted, and dispirited. It is a Stormy evening and the wind is uttering a continual moaning sound that makes me feel very melancholy. At such times, in such moods as these Ellen it is my nature to seek repose in some calm, tranquil idea and I have now summoned up your image to give me rest. There you sit, upright and still in your black dress and white scarf – your pale, marble-like face, looking so serene and kind – just like reality. I wish you would speak to me.”

For Anne Brontë, however, the sound of wind was one she associated with home, and it inspired two poems by her, her wonderful nature poem ‘Lines Composed in a Wood on a Windy Day‘, and the altogether different ‘North Wind’. Anne was just 18 when she wrote this poem, and like many of her youthful works it is based in the kingdom of Gondal that she created with Emily Brontë. Like many of these Gondal verses it is set in a dungeon, as the narrator, Alexandrina Zenobia in this case, finds solace in her solitary despair from a breeze that reminds her of home. It’s a lovely poem, and I leave you with it now:

“That wind is from the North, I know it well;
No other breeze could have so wild a swell.
Now deep and loud it thunders round my cell,
The faintly dies,
And softly sighs,
And moans and murmurs mournfully.
I know its language; thus is speaks to me —
‘I have passed over thy own mountains dear,
Thy northern mountains — and they still are free,
Still lonely, wild, majestic, bleak and drear,
And stern and lovely, as they used to be
When thou, a young enthusiast,
As wild and free as they,
O’er rocks and glens and snowy heights
Didst often love to stray.
I’ve blown the wild untrodden snows
In whirling eddies from their brows,
And I have howled in caverns wild
Where thou, a joyous mountain child,
Didst dearly love to be.
The sweet world is not changed, but thou
Art pining in a dungeon now,
Where thou must ever be;
No voice but mine can reach thine ear,
And Heaven has kindly sent me here,
To mourn and sigh with thee,
And tell thee of the cherished land
Of thy nativity.’
Blow on, wild wind, thy solemn voice,
However sad and drear,
Is nothing to the gloomy silence
I have had to bear.
Hot tears are streaming from my eyes,
But these are better far
Than that dull gnawing tearless void
The stupor of despair.
Confined and hopeless as I am,
O speak of liberty,
O tell me of my mountain home,
And I will welcome thee.

2 thoughts on “Anne Brontë And ‘The North Wind’”