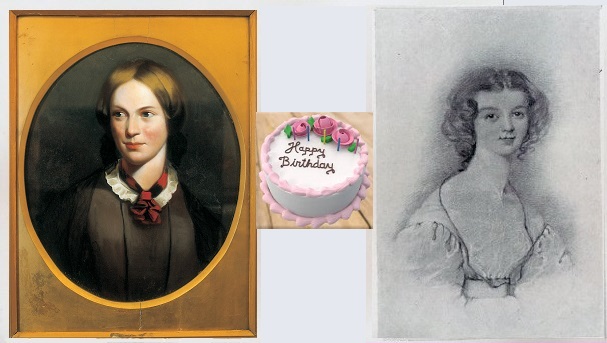 I know that many people today will be laying out egg hunts in their beautiful gardens, cooking a roast and spending quality time with the people they love – to those I say Happy Easter. There’s another cause for joy, and in fact it’s not only a double celebration but a triple celebration!

On this day in 1816 a very special event had taken place in Thornton Parsonage near Bradford, as it was on this day that a girl we would all come to know and love was born: Charlotte Brontë. Almost exactly a year later, on the 20th April 1817 a special event of a similar kind was taking place in Birstall, in the West Riding of Yorkshire, for the day before Charlotte’s first birthday saw the birth of Ellen Nussey.

Charlotte and Ellen became the closest of friends after they met at Roe Head School in January 1831, and so doubtless in subsequent years they would have delighted in celebrating each others birthday jointly with their own. That’s what I’m going to do today. Ellen it was, more than anyone, who preserved the Brontë legacy, and who ensured that people throughout the centuries to come could understand what this remarkable family was truly like. She deserves to be remembered, which is one reason I’m delighted to be working on a book about Charlotte and Ellen at the moment, so today let’s take a look at what Charlotte and Ellen had to say about each other:

“When I first saw Ellen I did not care for her. We were schoolfellows – in the course of time we learnt each others faults and good points. We were contrasts, still we suited – affection was first a germ, then a sapling, then a strong tree: now, no new friend, however lofty or profound in intellect, not even Miss Martineau herself, could be to me what Ellen is, yet she is no more than a conscientious, observant, calm, well-bred Yorkshire girl. She is without romance – if she attempts to read poetry or poetic prose aloud I am irritated and deprive her of the book; if she talks of it I stop my ears. But she is good – she is true – she is faithful and I love her.”

“Turning to the window to observe the look-out I became aware for the first that I was not alone; there was a silent, weeping, dark little figure in the large bay window; she must, I thought, have risen from the floor. As soon as I had recovered from my surprise, I went from the far end of the room, where the book-shelves were, the contents of which I must have contemplated with a little awe in anticipation of coming studies. A crimson cloth covered the long table down the centre of the room, which helped, no doubt, to hide the shrinking little figure from my view. I was touched and troubled at once to see her so sad and tearful.” 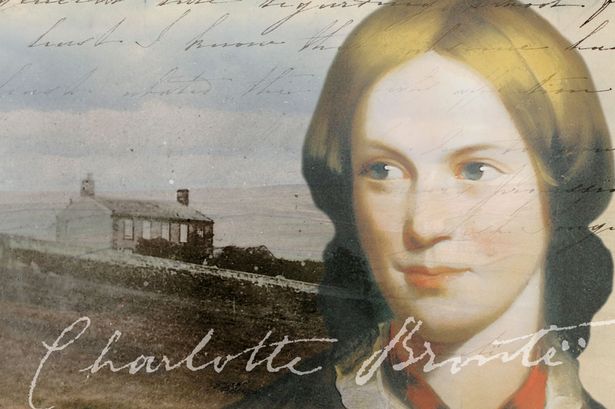 “If I like people it is my nature to tell them so and I am not afraid of offering incense to your vanity. It is from religion that you derive your chief charm and may its influence always preserve you as pure, as unassuming and as benevolent in thought and deed as you are now. What am I compared to you? I feel my own utter worthlessness when I make the comparison. I’m a very coarse common-place wretch!”

“She never shirked a duty because it was irksome, or advised another to do what she herself did not fully count the cost of doing, above all, when her goodness was not of the stand-still order, when there was new beauty, when there were new developments and growths of goodness to admire and attract in every succeeding renewal of intercourse, when daily she was a Christian heroine, who bore her cross with the firmness of a martyr-saint.”

“My darling if I were like you I should have my face Zion-ward though prejudice and mist might occasionally fling a mist over the glorious vision before me, for with all your single-hearted sincerity you have your faults. But I am not like you. If you knew my thoughts, the dreams that absorb me, and the fiery imagination that at times eats me up and makes me feel Society, as it is, wretchedly insipid, you would pity and I dare say despise me.”

“She was so painfully shy she could not bear any special notice. One day, on being led into dinner by a stranger, she trembled and nearly burst into tears; but not withstanding her excessive shyness, which was often painful to others as well as to herself, she won the respect and affection of all who had opportunity enough to become acquainted with her. Charlotte’s shyness did not arise, I am sure, either from vanity or self-consciousness, as some suppose shyness to arise; its source was in her not being understood. She felt herself apart from others; they did not understand her, and she keenly felt the distance.”

“To her had not been denied the gift of beauty. It was not absolutely necessary to know her in order to like her; she was fair enough to please, even at the first view. Her shape suited her age: it was girlish, light, and pliant; every curve was neat, every limb proportionate; her face was expressive and gentle; her eyes were handsome, and gifted at times with a winning beam that stole into the heart, with a language that spoke softly to the affections. Her mouth was very pretty; she had a delicate skin, and a fine flow of brown hair, which she knew how to arrange with taste; curls became her, and she possessed them in picturesque profusion.”[This description is of Caroline Helstone in ‘Shirley‘, a character based upon both Ellen Nussey and Anne Brontë]

Ellen On Visiting Haworth After The Time Of The Brontës

“Haworth of the present day, like many other secluded places, has made a step onwards, in that it has now its railway station and its institutions for the easy acquirement of learning, politics, and literature. The parsonage is quite another habitation from the parsonage of former days. The garden, which was nearly all grass, and possessed only a few stunted thorns and shrubs, and a few current bushes which Emily and Anne treasured as their own bit of fruit-garden, is now a perfect Arcadia of floral culture and beauty. At first the alteration, in spite of its improvement, strikes one with heart-ache and regret; for it is quite impossible, even in imagination, to people those rooms with their former inhabitants. But after-thought shows one the folly of such regret; for what the Brontës cared for and lived in most were the surroundings of nature, the free expanse of hill and mountain, the purple heather, the dells, and glens, and brooks, the starry heavens, and the charm of that solitude and seclusion which sees things from a distance without the disturbing atmosphere which lesser minds are apt to create. For it was not the seclusion of a solitary person, such as Charlotte endured in after days, and which in time becomes awfully oppressive and injurious. It was solitude and seclusion shared and enjoyed with intelligent companionship, and intense family affection.”

We can all enjoy the intelligent companionship of the Brontës today, partly thanks to the support and championing of their cause by Ellen, long after they had shuffled off this mortal coil. So let’s put down our chocolate, raise a glass, and say ‘Happy birthday, Charlotte Brontë and Ellen Nussey.’

One thought on “Happy Birthday Charlotte Brontë And Ellen Nussey”