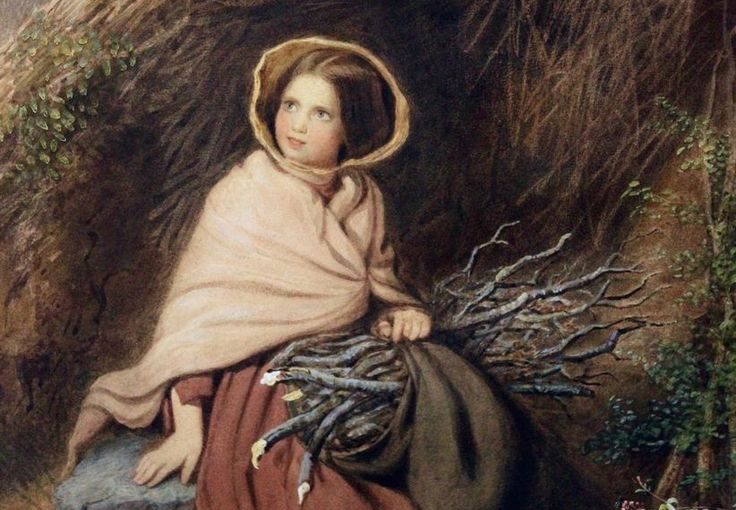 I was once asked in a pub quiz: ‘Who is the least famous Brontë sister?’ Of course I had to swallow my anger at the injustice of it all and write down Anne Brontë, as I knew that was the answer they were looking for – but it isn’t correct. Less well known is Maria Brontë, the tragic genius of the family, but the least known of all the Brontë sisters is the second sister: Elizabeth Brontë. Isn’t it time that we recognised her as a flesh and blood human, and not just a footnote?

Whilst all of the six Brontë siblings died young, Elizabeth’s life ended earlier than any of them – dying aged just ten. It is perhaps this that leads to her being excluded from the Brontë story, along with a suspicion that she lacked the talents of her other siblings, but this is unfair on Elizabeth. Given time her own artistic or literary talents may have flourished – and she would certainly have made positive contributions to the lives of her sisters and brother.

Elizabeth Brontë was born in February 1815, in the village of Hartshead where her father Patrick was then the Church of England curate. Hartshead is a small village in the hills above Mirfield in the West Riding of Yorkshire, and a short if steep walk from the Roe Head School that would later be attended by her three younger sisters.

It is not at Hartshead that Elizabeth was baptised, however, but at her father’s next parish of Thornton. She was baptised on 26 August 1815, and named after her Aunt Elizabeth who was at that time also in Thornton on an extended visit from Cornwall (and who would later become an integral part of the family in Haworth as Aunt Branwell). Elizabeth’s baptism is the first mystery in her life – as a minister in the church, Patrick would have believed firmly in the importance of baptism, so why did he wait over six months to have his own daughter baptised? Could it have been some illness the young child was suffering from that caused the delay? We will never know.

Throughout her ten years we get brief glimpses of Elizabeth Brontë’s life, but although brief they are illuminating. We first encounter her during the story of the masks. Patrick knew how reserved his children were, so decided to overcome this by asking them questions from behind the anonymity of a mask. Each question was carefully tailored to the child, and to Elizabeth he asked what the best mode of education was for a woman, to which she replied: ‘that which would make her rule the house well.’

This is one clue that Elizabeth had different priorities to her siblings. While they loved to play and read and invent stories, Elizabeth liked order and tidiness, and the more practical things in life. This is also confirmed by her admission entry in the records of the Clergy Daughter’s School at Cowan Bridge.

Elizabeth went to the school in the company of her eldest sister Maria on the 1st July, 1823 and in the following months she would also be joined there by Charlotte and Emily (thankfully for Anne Brontë in the light of what we now know about the school, she was too young to attend). They were all assessed as to their academic abilities upon arrival, and it is also noted what they were to be schooled for, i.e. what occupation they were expected to attain in later life. Maria, Charlotte and Emily Brontë are all listed as future governesses, but Elizabeth is recorded as being schooled to be a housekeeper. We know that she was not given French, music or drawing lessons, as her sisters at the school were. Her accomplishments are summed up as:

It should be noted however that nearly all the pupils have similarly harsh judgements against their name (other than Emily who was given a uniquely glowing report when she arrived), and the pronouncement that she ‘writes pretty well’ is better than most of her contemporaries at the school.

We have another report of Elizabeth Brontë at Cowan Bridge and it’s rather a sad one. Miss Evans, the Superintendent at the school, recalled:

‘The second, Elizabeth, is the only one of the [Brontë] family of whom I have a vivid recollection, from her meeting with a rather alarming accident, in consequence of which I had her for some days and nights in my bed-room, not only for the sake of her greater quiet, but that I might watch over her myself. Her head was severely cut, but she bore all the consequent suffering with exemplary patience, and by it won much upon my esteem.’

Of course, worse was to come for Elizabeth at Cowan Bridge. In that terrible establishment she, like her sister Maria and many others, contracted tuberculosis. She was sent home to Haworth in May 1825, and died on 15th June, just six weeks after her eldest sister.

So what do we know of Elizabeth Brontë? She was patient, she bore misfortune, she enjoyed housework, and also that her writing was better than most girls of her age. But there is more to Elizabeth than that.

Patrick Brontë said that his second daughter had ‘sound common sense’, and perhaps the best tribute came from Charlotte Brontë, who would have looked up to the sister closest to her in age. Elizabeth Gaskell, friend and biographer of Charlotte, remembered that she spoke often of both Maria and Elizabeth, and from Charlotte’s pronouncements she ‘used to believe them to have been wonders of talent and kindness.’

Nancy Garrs, family servant, recalls how the young Elizabeth would lead her younger sisters by the hand on their walks across the moors, and that she was ‘very thoughtful’ in her treatment of them. Could it be that Emily, who never forgot a good deed done for her, chose her pen name of Ellis partly as a tribute to her lost sister Elizabeth?

If Elizabeth had lived longer, this combination of kindness and common sense would have proved invaluable to her sisters and to her brother Branwell. We see signs that she was the most practical of the Brontës, and therefore it seems likely that she would have been better equipped to cope with the outside world than her sisters, in general, were.

What we can tell is that those who knew Elizabeth, her family, loved her, missed her, and remembered her fondly, and for that Elizabeth Brontë deserves to be thought of as more than just a footnote.

4 thoughts on “Elizabeth Brontë – More Than A Footnote”