In yesterday’s post I revealed that next Sunday’s blog will be an Anne Brontë birthday special, but I couldn’t let the big day pass by unnoticed. Anne Brontë was born on this day in 1820 in Thornton Parsonage near Bradford. She was the sixth and final child of Patrick and Maria Brontë, but she deserves to be remembered alongside her sisters Charlotte and Emily as one of the greatest writers of the nineteenth century. 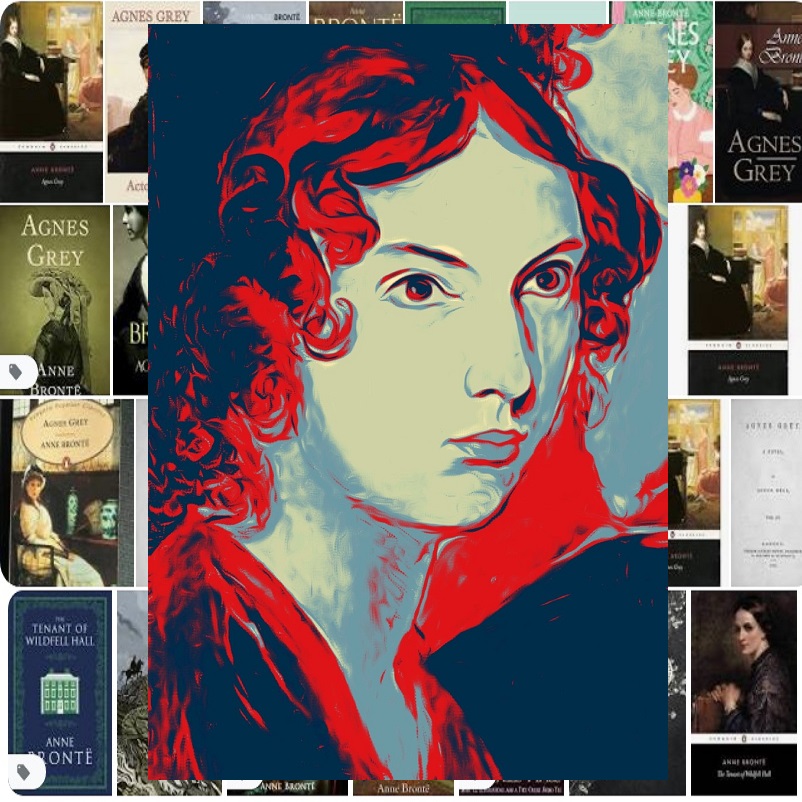 Anne Brontë was a brilliant poet and (most importantly of all) a brilliant and kind person, and she wrote two of the greatest novels of the nineteenth century. Agnes Grey was a partially autobiographical work about life as a governess in the first half of the nineteenth century; The Tenant Of Wildfell Hall shone a light upon coercive relationships, addiction and marital abuse: it has been called the first fully formed feminist novel, and is just as important and relevant today as it was when it was published in 1848.

Anne Brontë was an ordinary woman who created extraordinary things, so that can be an inspiration to us all. I’ll be baking a cake later and raising a glass to Anne’s memory, and of course the best way to remember Anne is to turn once more to one of Anne’s wonderful books. I hope to see you again next Sunday for a more in depth birthday post for Anne but for now I will leave you with one of her most beautiful poems and say: ‘Happy 202nd birthday Anne Brontë!’