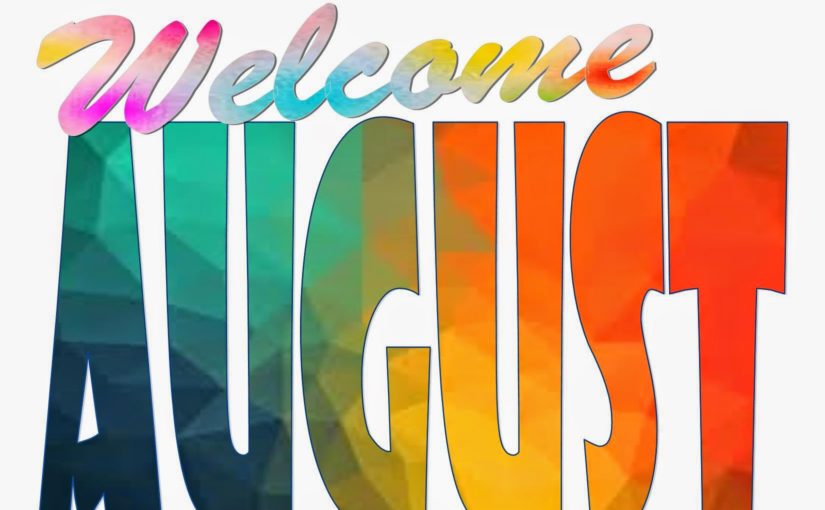 We are now well into the month of August, progressing through a summer unlike any other. The Brontë novels, and adaptations of them, continue to provide solace and entertainment in these strange times, so in today’s post we’re going to take a look at what the Brontës had to say about this pivotal month when the year changes from its waxing to its waning form.

‘“You are not, perhaps, aware that I am your namesake? – that I was christened St. John Eyre Rivers?”

“No, indeed!  I remember now seeing the letter E. comprised in your initials written in books you have at different times lent me; but I never asked for what name it stood.  But what then?  Surely—”

I stopped: I could not trust myself to entertain, much less to express, the thought that rushed upon me—that embodied itself, – that, in a second, stood out a strong, solid probability.  Circumstances knit themselves, fitted themselves, shot into order: the chain that had been lying hitherto a formless lump of links was drawn out straight, – every ring was perfect, the connection complete.  I knew, by instinct, how the matter stood, before St. John had said another word; but I cannot expect the reader to have the same intuitive perception, so I must repeat his explanation.

“My mother’s name was Eyre; she had two brothers; one a clergyman, who married Miss Jane Reed, of Gateshead; the other, John Eyre, Esq., merchant, late of Funchal, Madeira.  Mr. Briggs, being Mr. Eyre’s solicitor, wrote to us last August to inform us of our uncle’s death, and to say that he had left his property to his brother the clergyman’s orphan daughter, overlooking us, in consequence of a quarrel, never forgiven, between him and my father.  He wrote again a few weeks since, to intimate that the heiress was lost, and asking if we knew anything of her.  A name casually written on a slip of paper has enabled me to find her out.  You know the rest.” Again he was going, but I set my back against the door.’

August has certainly proved to be a pivotal month for Jane, for by a strange twist of fate she finds out that she is related to her erstwhile rescuers the Rivers family and that she has become a wealthy heiress, thanks to the passing of her Madeira uncle John. Typically for Jane her subsequent ecstasy comes not because of her new found riches but because of her new found cousins.

‘He had a fixed idea, I guessed by several observations he let fall, that, as his nephew resembled him in person, he would resemble him in mind; for Linton’s letters bore few or no indications of his defective character.  And I, through pardonable weakness, refrained from correcting the error; asking myself what good there would be in disturbing his last moments with information that he had neither power nor opportunity to turn to account. 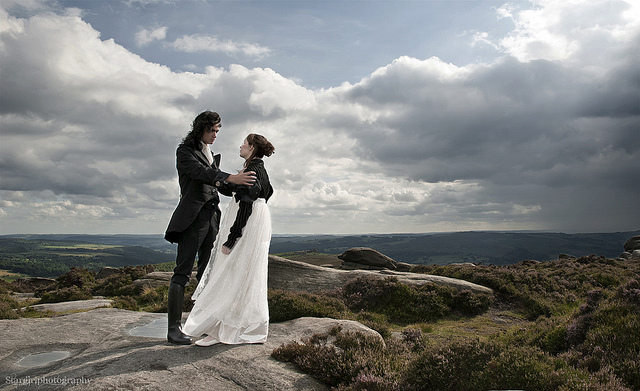 We deferred our excursion till the afternoon; a golden afternoon of August: every breath from the hills so full of life, that it seemed whoever respired it, though dying, might revive.  Catherine’s face was just like the landscape—shadows and sunshine flitting over it in rapid succession; but the shadows rested longer, and the sunshine was more transient; and her poor little heart reproached itself for even that passing forgetfulness of its cares.

We discerned Linton watching at the same spot he had selected before.  My young mistress alighted, and told me that, as she was resolved to stay a very little while, I had better hold the pony and remain on horseback; but I dissented: I wouldn’t risk losing sight of the charge committed to me a minute; so we climbed the slope of heath together.  Master Heathcliff received us with greater animation on this occasion: not the animation of high spirits though, nor yet of joy; it looked more like fear.’

The warm days and evenings of August are leading to love for young Catherine and Linton, or are they? As usual in Emily Brontë’s brilliant novel, all is not as it seems, and Linton is just a pawn in Heathcliff’s unending lust for revenge.

‘To return, however, to my own affairs: I was married in summer, on a glorious August morning.  It took the whole eight months, and all Helen’s kindness and goodness to boot, to overcome my mother’s prejudices against my bride-elect, and to reconcile her to the idea of my leaving Linden Grange and living so far away.  Yet she was gratified at her son’s good fortune after all, and proudly attributed it all to his own superior merits and endowments.  I bequeathed the farm to Fergus, with better hopes of its prosperity than I should have had a year ago under similar circumstances; for he had lately fallen in love with the Vicar of L—’s eldest daughter—a lady whose superiority had roused his latent virtues, and stimulated him to the most surprising exertions, not only to gain her affection and esteem, and to obtain a fortune sufficient to aspire to her hand, but to render himself worthy of her, in his own eyes, as well as in those of her parents; and in the end he was successful, as you already know.  As for myself, I need not tell you how happily my Helen and I have lived together, and how blessed we still are in each other’s society, and in the promising young scions that are growing up about us.  We are just now looking forward to the advent of you and Rose, for the time of your annual visit draws nigh, when you must leave your dusty, smoky, noisy, toiling, striving city for a season of invigorating relaxation and social retirement with us. Till then, farewell, GILBERT MARKHAM’

August is mentioned many times in Anne Brontë’s second novel, and in many of these occurrences we find Helen bemoaning the fact that her husband Arthur Huntingdon is away carousing with friends during this month. It’s good to see, then, that the final mention of August is in the much more positive paragraph above. Gilbert and Helen are finally married, and August love has conquered August cruelty. This is also one of the overriding messages of the novel as a whole, so it’s also fitting that this is the very last paragraph in the book.

Anne Brontë wrote a number of her poems in August, perhaps reflecting the greater freedoms that she had in this month during summer breaks from her role as governess. One such poem is Fluctuations, dated by Anne on the 2nd August 1844. She talks of the fluctuations that she sees in the natural world, reflecting fluctuations in her own life and emotions. August is a month of fluctuations after all, but it can also be a month of warmth, love and hope. I will leave  you with Anne’s poem now, and I hope to see you all for next Sunday’s new Brontë blog post, when I will be reviewing a very special new work of music inspired by the Brontës: Bluebells by Charlie Rauh. Stay happy and healthy!

‘What though the sun had left my sky;
To save me from despair
The blessed moon arose on high
And shone serenely there.
I watched her with a tearful gaze
Rise slowly o’er the hill;
While through the dim horizon’s haze
Her light gleamed faint and chill.
I thought such wan and lifeless beams
Could ne’er my heart repay
For the bright sun’s most transient gleams
That cheered me through the day.
But as above that mist’s control
She rose and brighter shone
I felt her light upon my soul,
But now – that light is gone!
Thick vapours snatched her from my sight
And I was darkling left,
All in the cold and gloomy night
Of light and hope bereft.
Until methought a little star
Shone forth with trembling ray
To cheer me with its light afar,
But that too passed away.
Anon an earthly meteor blazed
The gloomy darkness through.
I smiled yet trembled while I gazed,
But that soon vanished too.
And darker, drearier fell the night
Upon my spirit then;
But what is that faint struggling light –
Is it the moon again?
Kind Heaven, increase that silvery gleam
And bid these clouds depart;
And let her kind and holy beam
Restore my fainting heart.’