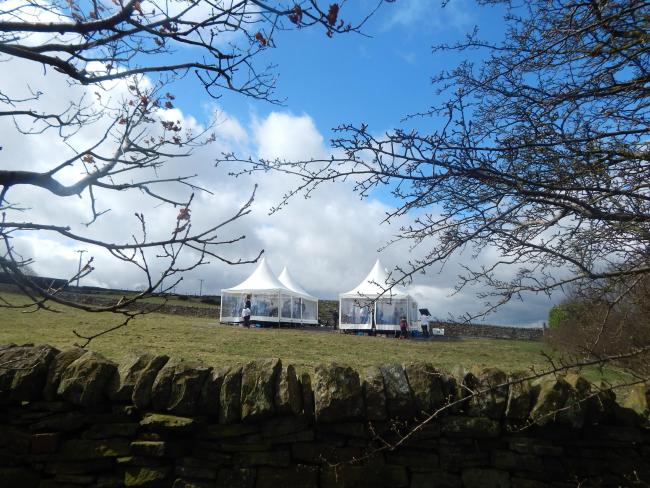 As you may know, in the last few weeks this Anne Brontë website changed to a new hosting company, meaning that I’m having to upload the hundred plus previous posts one at a time – don’t worry, it will be fully stocked again soon! For this reason, some of the events mentioned in the posts may be out of date – as in this post. I’m afraid you’ve missed Gregg Wallace and John Torode rushing around Haworth, but as Masterchef has now returned to our screens I thought it a fine time to put this post in the public domain again. I hope you enjoy it!

If you didn’t already know, Celebrity Masterchef has reached the semi-final stage, and tonight it’s coming from Brontë country!

The show sees eight celebrities battle towards a place in the final. Stars as diverse as Sid Owen, Louise Minchin, Tommy Cannon and Reverend Richard Coles will be battling it out, and tonight they’re going to be cooking up a storm in Haworth.

It’s very appropriate that they should be in Haworth this year, of course, as it’s the 200th anniversary of Charlotte Brontë‘s birth and the beginning of a four year ‘Brontë 200’ period that will also witness the bicentenaries of Emily and Anne Brontë.

It’s already one of my favourite television shows, and from what I’ve seen tonight’s show should be particularly exciting for Brontë fans. The celebrities will be walking up Haworth’s steep, cobbled Main Street before heading out onto the moors to cook up a feast for guests dressed in 1840s attire.

I’m sure the results will be Celebrity Masterchef’s usual mix of the incredible and the inedible, but what do we know about the cooking and dining habits of the Brontës themselves?

Mrs. Gaskell, in her biography of Charlotte, said that they ate little meat, but this erroneous tale came from a servant who had been dismissed by Patrick Brontë and so had a grudge to bear against him. Potatoes were a staple of the diet in the Parsonage, and as this was sheep farming country mutton was a regular addition.

In the diary paper of 24th November 1834, the earliest we have, Emily and Anne Brontë paint a picture of domestic life in the Parsonage on that day. Emily writes (with the haphazard spelling typical of her then): ‘we are going to have for Dinner Boiled Beef Turnips, potato’s and applepudding the kitchin is in a very untidy state’. She also says that she is peeling apples, and that family servant Tabby Aykroyd later makes her peel potatoes, as Charlotte is making an apple pudding: ‘Charlotte said that she made puddings perfectly and was of a quick but limted intellect.’

We can guess that Charlotte was talking about Tabby here, rather than making such a judgement about herself.

Charlotte was not particularly skilled at cooking or baking. In August 1846 she was lodging temporarily in Manchester with her father, as he recovered from cataract surgery. On 21st August she wrote to Ellen explaining that one of her greatest difficulties was that she ‘was somewhat puzzled in managing about provisions.’

Emily, on the other hand, turned out to be something of a domestic goddess. As Tabby became older and less mobile, as the result of a slip on the icy Haworth street that broke her leg and left her with a permanent limp, Emily took over many of the cooking and baking duties. She became famed for the quality of the bread that she made, and people said that it was the best in the village. Haworth stationer John Greenwood, who knew the family well, said that Emily could often be found: ‘in the kitchen baking bread at which she had such a dainty hand.’

We’ll see at 8pm on BBC One whether the celebrities have as much of a dainty hand. I just hope that we don’t see a windswept Cathy coming over the moors and shouting ‘Rickaay’ instead of Heathcliff! Talking of television, I myself am appearing on BBC Two at 8.30 on Monday as a contestant on the quiz show Only Connect. Alas, there were no Brontë questions!