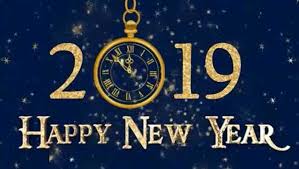 Well, we have all made it into 2019, and whether we saw the near year in with a good book or a bottle of Disaronno, with loved ones by our side, far away or in our dreams, what unites us all is that we have twelve months of unbridled opportunity stretching away before us. This is a liminal time, a transition between what has been and what is yet to come, and therefore a time when all ambitions and hopes can be countenanced.

In Brontë terms, and of course I always like to think in those terms, we are now exactly one year away from the year of Anne Brontë, which means we still reside in the land of the Brontë 200, a six year period marking the births of the four youngest Brontë siblings: Charlotte, Branwell, Emily and Anne.

Emily Brontë’s year is over, but in our minds of course she reigns as gloriously as ever, an untouchable presence at literature’s summit. With no birth anniversary to celebrate this year (the near 18 month gap between Emily and Anne’s birth being the longest between all the siblings) the Brontë Society has instead chosen to celebrate Patrick Brontë.

Patrick was born in 1777, but his influence upon his children was huge and for the good, so I’m pleased that he is gaining recognition. Throughout this year I’ll be taking a look at his life and actions, but I’ve taken a moment away from the enchanting music of the Vienna New Year Concert to take a tongue in cheek look at the resolutions that Patrick might have made, and which we could all benefit from following:

For most of Patrick’s ministry, Haworth was one of the unhealthiest parishes in the whole of England, with outbreaks of cholera and typhoid annually decimating its population (happy new year, folks!). Patrick was wise enough to realise that a major cause of this was the contaminated water supply, and he tirelessly lobbied the government to send an official inspector to the village. Thus, on April 4th 1850, Superintending Inspector Benjamin Herschel Babbage was sent to Haworth. His findings were shocking, yet Patrick still had to lobby further until his recommendations were implemented. Thanks to Patrick Brontë, sanitation was improved, reservoirs were built, and countless hundreds of lives were saved. If you woke up today feeling a little under the weather, for some mysterious reason, it may  be prudent to follow Patrick’s example and turn to a glass of clean, pure water.

Reach For The Stars

Is 2019 going to be the year you stumble along as ever before, or is this to be the year you make a concerted effort to achieve your dreams. Patrick’s resolution every year was to achieve great things, and he invariably did it. He came from a very humble background, but his drive and ambition, as well as his innate talents, took him from a small farm in County Down to the splendours of Cambridge University and then on to a long and successful career in the Church of England. This year let’s all set grand targets, and let’s all achieve them.

Elizabeth Gaskell’s biography of Charlotte Brontë gave a rather unfair portrait of Patrick, especially when it came to the story of him cutting up a new dress his wife had bought. Years later, the Brontë servant Nancy Garrs recalled the true story of how it happened:

‘Mrs. Brontë had bought a buff print dress, which was made up by her dressmaker in the then fashionable style, with balloon sleeves and long waist. When Mr. Brontë came to dinner and saw this new dress, he began to banter his wife good-humouredly about it, commenting with special wonder on the marvellous expanse of sleeve. Mrs. Brontë took all his raillery in good sport, and the meal passed off pleasantly enough. In the afternoon the dress was changed, and left in the bedroom. On going into the apartment some time afterwards, Mrs. Brontë found that the beautiful balloon sleeves had disappeared. Remembering the badinage that had passed a few hours before, she was quite aware who had done the ruthless deed, but she did not bewail the departed glories of the garment very much, for she soon re-appeared in the kitchen with it, and laughingly holding it out to view, exclaimed, “Look, Nancy, what master has done! Never mind, it will do for you,” and she handed the dress to the delighted Abigail [a generic name for a servant]. Soon after this incident Mr. Brontë entered the kitchen with a new silk dress piece, which he had bought at Keighley, and which he presented to his wife in place of the one whose monstrous development of sleeve had so strongly moved to action his organ of destructiveness’.

So if you’re heading to the New Year’s Sales, let’s heed Patrick’s fashion tips and ensure that the sleeves are not too voluminous. If not, don’t worry, the fashion capital of Keighley may supply an ideal replacement.

We don’t yet know who the creative partner for Patrick’s year will be (James Corden may be too busy filming more irritating amusing car insurance adverts), or what the celebrations will entail, but on a serious note we can all thank Patrick Brontë. As he himself admitted:

‘I do not deny that I am somewhat eccentric. Had I been numbered among the calm, concentric men of the world, I should not have been as now I am, and I should in all probability never have had such children as mine have been.’

One thought on “Happy New Year With Patrick Brontë”