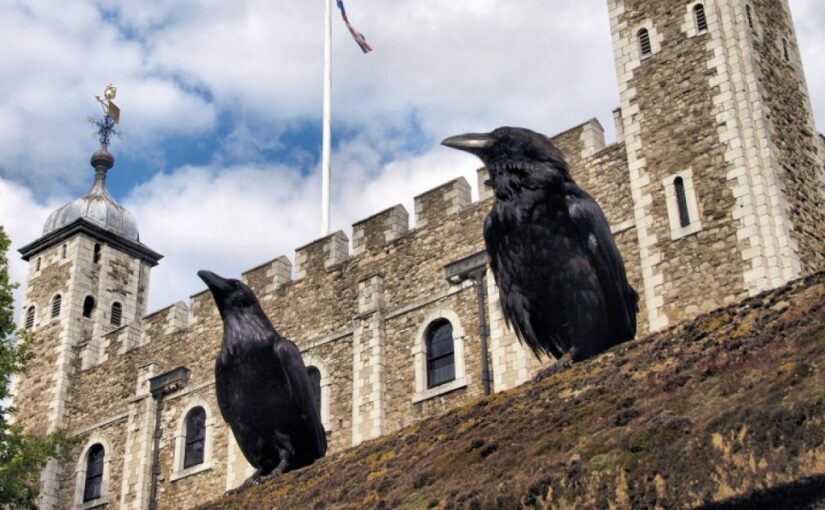 This week marks the 196th anniversary of the death of the eldest Brontë sibling, Maria Brontë, aged just 11. It was a great tragedy for the Brontë family, and we know from an account by Ellen Nussey that it was a loss Charlotte especially never got over: given the chance, she loved to talk of her sisters Maria and Elizabeth. 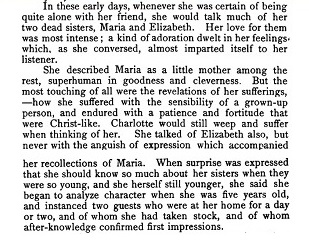 We should always remember Maria and Elizabeth when we think of the Brontë family, but today we look at a more cheerful subject: voting. Before you all get worked up about the results of your local elections this week, I’m talking about a vote of an altogether different kind: today we have the chance to name a new raven in the Tower of London, and one of the five options is Brontë!

The Tower of London themselves give this explanation as to why Brontë is one of the choices for the public to vote on: ‘Brontë: Named after 19th century literary-legends the Brontë sisters, who authored some of Britain’s best loved Gothic novels including Jane Eyre and Wuthering Heights’.

I’m never altogether sure about the categorising of these novels as Gothic, but I am sure that Brontë is a great name for a raven, and of course the Tower of London ravens are very special birds indeed. Legend says that if six ravens leave the Tower then London itself will fall, which is why they currently have seven ravens in residence – it’s always good to have a spare. This tradition was apparently started by King Charles II, and as his father had had his head chopped off outside Westminster he probably thought it was better to be safe than sorry. Today, chief Ravenmaster Chris Skaife is in charge of these important birds, but what will the new addition be called?

Other naming options include Matilda, Branwen, Winifred and Florence. The latter option is sure to be popular as it’s been inspired by Florence Nightingale, ‘the lady with the lamp.’ Florence was born, in Florence, Italy, in 1820, the same year as Anne Brontë, and her story was well known to Charlotte. Florence came from a Unitarian family, and through this community became friends with the Unitarian minister William Gaskell, and his wife the writer Elizabeth.

In a letter to Catherine Winkworth of 1st February 1855, Elizabeth Gaskell considers how these two great women would get along:

‘What would Miss B[rontë] say to Florence Nightingale? I can’t imagine! For there is intellect such as I never came in contact with before in woman! Great beauty, and of her holy goodness, who is fit to speak?’

Elizabeth was even more fulsome in her praise for Florence in a letter written to the same Catherine a year earlier:

‘Florence is tall, very slight and willowy in figure; thick shortish rich brown hair very delicate complexion grey eyes which are generally pensive and drooping, but when they chose can be the merriest eyes I’ve ever saw; and perfect teeth making her smile the sweetest I ever saw. Put a long piece of soft net round this beautiful shaped head, so as to form a soft white framework for the full oval of her face and dress her up in black glace silk up to the long round white throat – and a black lace shawl on and you may get near an idea of her perfect grace and lovely appearance. She is like a saint.’

Florence then is obviously a strong contender for a raven name, but the good news is that two raven chicks have been born and so two names will be chosen from the shortlist of five. As Ravens feature in the following Brontë books it’s surely time that the favour was returned?

‘“My strength is quite failing me,” I said in a soliloquy. “I feel I cannot go much further. Shall I be an outcast again this night? While the rain descends so, must I lay my head on the cold, drenched ground? I fear I cannot do otherwise: for who will receive me? But it will be very dreadful, with this feeling of hunger, faintness, chill, and this sense of desolation – this total prostration of hope. In all likelihood, though, I should die before morning. And why cannot I reconcile myself to the prospect of death? Why do I struggle to retain a valueless life? Because I know, or believe, Mr. Rochester is living; and then, to die of want and cold is a fate to which nature cannot submit passively. Oh, Providence! sustain me a little longer! Aid! – direct me!”

My glazed eye wandered over the dim and misty landscape. I saw I had strayed far from the village: it was quite out of sight. The very cultivation surrounding it had disappeared. I had, by cross-ways and by-paths, once more drawn near the tract of moorland; and now, only a few fields, almost as wild and unproductive as the heath from which they were scarcely reclaimed, lay between me and the dusky hill.

“Well, I would rather die younder than in a street or on a frequented road,” I reflected. “And far better that crows and ravens – if any ravens there be in these regions – should pick my flesh from my bones, than that they should be prisoned in a workhouse coffin and moulder in a pauper’s grave.”’

‘And there I beheld a tall, lady-like figure, clad in black. Her face was towards me, and there was something in it which, once seen, invited me to look again. Her hair was raven black, and disposed in long glossy ringlets, a style of coiffure rather unusual in those days, but always graceful and becoming; her complexion was clear and pale; her eyes I could not see, for, being bent upon her prayer-book, they were concealed by their drooping lids and long black lashes, but the brows above were expressive and well defined; the forehead was lofty and intellectual, the nose, a perfect aquiline and the features, in general, unexceptionable – only there was a slight hollowness about the cheeks and eyes, and the lips, though finely formed, were a little too thin, a little too firmly compressed, and had something about them that betokened, I thought, no very soft or amiable temper; and I said in my heart – “I would rather admire you from this distance, fair lady, than be the partner of your home.”’

“You will make haste about it, if you please. It is near luncheon time, and confess you shall.”

“Confess I must. My heart is full of the secret. It must be spoken. I only wish you were Mr. Helstone instead of Mr. Sympson; you would sympathize with me better.”

“Madam, it is a question of common sense and common prudence, not of sympathy and sentiment, and so on. Did you say it was Mr. Helstone?”

“Not precisely, but as near as may be; they are rather alike.”

“I will know the name; I will have particulars.”

“They positively are rather alike. Their very faces are not dissimilar – a pair of human falcons – and dry, direct, decided both. But my hero is the mightier of the two. His mind has the clearness of the deep sea, the patience of its rocks, the force of its billows.”

“I dare say he can be harsh as a saw-edge and gruff as a hungry raven.”’

So we read here that ravens are hungry, that they are carrion pluckers, but that they also represent a rare beauty. Power and a rare beauty can be found in all Brontë writing, so surely it’s time to vote Brontë in the raven naming stakes? Head over to the Historic Royal Palaces website and do your democratic duty today – the winning names will be announced on the 19th of May.

I will see you next week for another new Brontë blog post. Will I be mentioning ravens again? Nevermore. 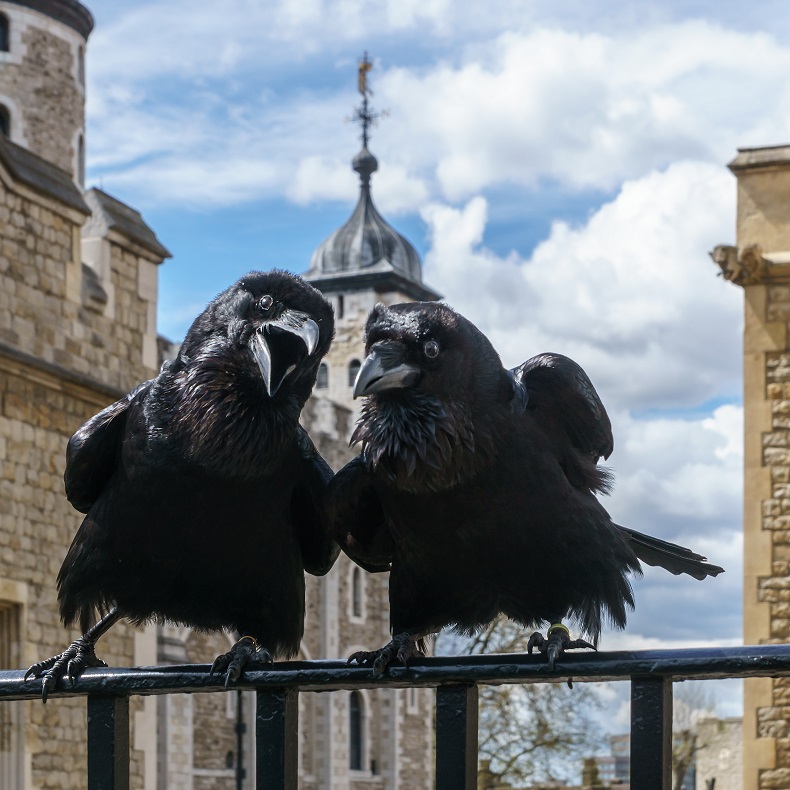 Anne Brontë's Lesson To The Robinsons - And Us
In Memoriam: Maria Brontë and Elizabeth Brontë
Anne Brontë, Universal Salvation and the Narrow Way