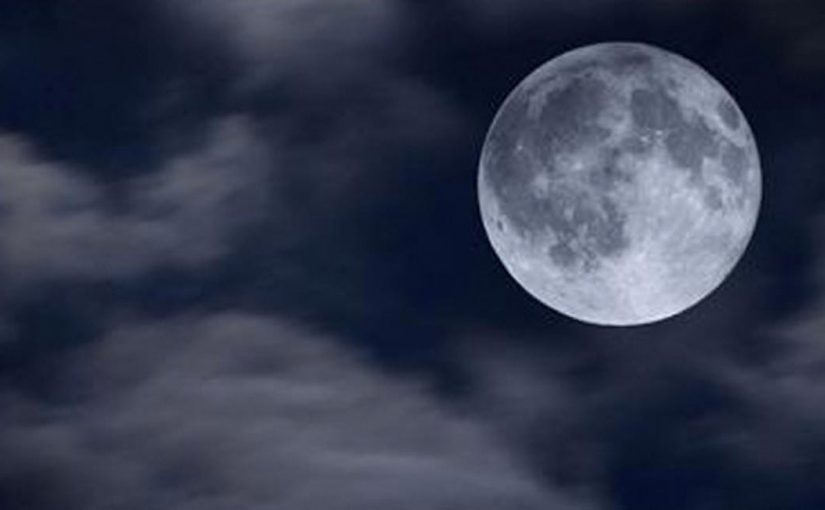 This weekend we remember a remarkable human achievement that happened exactly 50 years ago – the moon landing and mankind’s first steps on the moon. Thanks to the brave crew of Apollo 11 we have a greater understanding of our nearest neighbour in the solar system, our only satellite which has kept us all enraptured since the dawn of time.

Craters on the moon are traditionally named after people of historic significance; it is said that astronauts Eugene Cernan and Harrison Schmitt, who drove along the 200 meter crater in 1972, named it after Charlotte Brontë, but I like to think that it honours all of this fabulous family.

The Brontë lunar crater (and by the way, there’s also a larger Brontë crater on the planet Mercury) is on an area of the moon known as the Taurus-Littrow Valley, and rather fittingly the crater to the northeast of it is called Horatio. I say fittingly, because one of the reasons that Patrick chose to change his surname from Brunty (or Prunty) to Brontë is that his hero Horatio Nelson had been made Duke of Brontë in Sicily.

One of the things most apparent in the writing of Anne, Charlotte and Emily is their deep love of nature, so we can be sure that they loved to stare up at the night sky at the moon and constellations. Without the light pollution that’s so ubiquitous today, gazing at a dark sky from the Haworth moors must have been a truly magical experience, with the lights of the stars standing out in stunning detail.

Can we doubt that on a calm, warm, cloudless night, with a full moon in the sky, the Brontës would have sat together on the moors looking up with hearts filled with awe and love? Little did they know that in the next century humans would walk on the moon, or that their name would be immortalised upon it. I close with a poem by Anne Brontë entitled, ‘Call Me Away’. It was written in 1845 as Anne neared the end of her service at Thorp Green Hall, and its notable because it includes mention of the moon not once, but three times, and we are left in no doubt of how much Anne loved to gaze upon it. Whether it’s full, new, waxing, or waning, looking up at the moon is always a magical experience, and the next time we do it we can try (in our minds at least) to pick out the Brontë crater:

Call me away; there’s nothing here,
That wins my soul to stay;
Then let me leave this prospect drear,
And hasten far away.
To our beloved land I’ll flee,
Our land of thought and soul,
Where I have roved so oft with thee,
Beyond the world’s control.
I’ll sit and watch those ancient trees,
Those Scotch firs dark and high;
I’ll listen to the eerie breeze,
Among their branches sigh.
The glorious moon shines far above;
How soft her radiance falls,
On snowy heights, and rock, and grove;
And yonder palace walls!
Who stands beneath yon fir trees high?
A youth both slight and fair,
Whose bright and restless azure eye
Proclaims him known to care,
Though fair that brow, it is not smooth;
Though small those features, yet in sooth
Stern passion has been there.
Now on the peaceful moon are fixed
Those eyes so glistening bright,
But trembling teardrops hang betwixt,
And dim the blessed light.
Though late the hour, and keen the blast,
That whistles round him now,
Those raven locks are backward cast,
To cool his burning brow.
His hands above his heaving breast
Are clasped in agony —
‘O Father! Father! let me rest!
And call my soul to thee!
I know ’tis weakness thus to pray;
But all this cankering care –
This doubt tormenting night and day
Is more than I can bear!
With none to comfort, none to guide
And none to strengthen me.
Since thou my only friend hast died –
I’ve pined to follow thee!
Since thou hast died! And did he live
What comfort could his counsel give –
To one forlorn like me?
Would he my Idol’s form adore –
Her soul, her glance, her tone?
And say, “Forget for ever more
Her kindred and thine own;
Let dreams of her thy peace destroy,
Leave every other hope and joy
And live for her alone”?’
He starts, he smiles, and dries the tears,
Still glistening on his cheek,
The lady of his soul appears,
And hark! I hear her speak –
‘Aye, dry thy tears; thou wilt not weep –
While I am by thy side –
Our foes all day their watch may keep
But cannot thus divide
Such hearts as ours; and we tonight
Together in the clear moon’s light
Their malice will deride.
No fear our present bliss shall blast
And sorrow we’ll defy.
Do thou forget the dreary past,
The dreadful future I.’
Forget it? Yes, while thou art by
I think of nought but thee,
‘Tis only when thou art not nigh
Remembrance tortures me.
But such a lofty soul to find,
And such a heart as thine,
In such a glorious form enshrined
And still to call thee mine –
Would be for earth too great a bliss,
Without a taint of woe like this,
Then why should I repine?