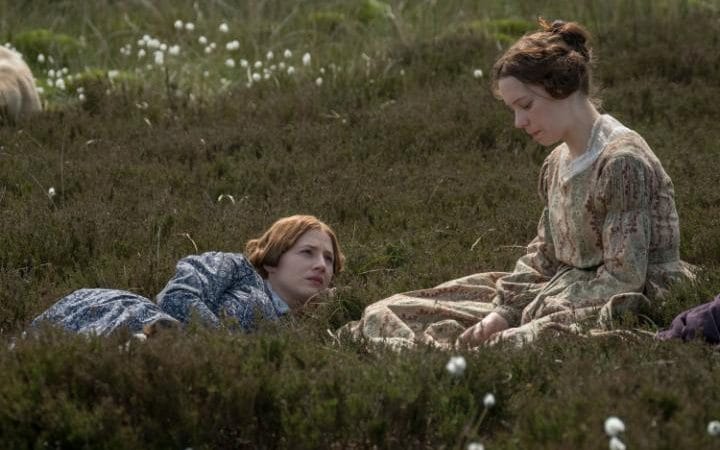 We are moving towards the end of a very special year for Emily Brontë, and for Brontë fans across the globe, because 2018 has marked the 200th anniversary of her birth, it has been in effect The Year of Emily.

A birthday party was held in Haworth on the 30th of July; I could not be there but I was instead at another birthday party given for Emily – over 400 miles away in Penzance, the home of Emily’s mother and her maternal relatives, the Branwells. I loved every minute of my visit to Penzance and Cornwall this summer, and despite the distance from Haworth I felt close to the woman I had loved since I first opened ‘Wuthering Heights’ as an 18 year old student.

Nevertheless, on this day I felt I had to return to Haworth for it was on this day in 1848 that Emily Brontë took her last breath. All who had known her were distraught of course, with Charlotte writing a moving tribute containing the line, ‘yes, there is no Emily in Time or on Earth now. Yesterday, we put her poor, wasted mortal frame quietly under the church pavement.’

Unfortunately, last minute circumstances have delayed my journey to Haworth until another day, but before Christmas I will have paused in silence by the couch on which Emily died, and have laid flowers by the pillar that marks the spot on the church pavement beneath which Emily’s mortal remains were laid. It is a mournful day for me, but not for Emily – she will always live on.

So, let us dwell not on her final illness, but on her genius and her brilliance that has never seen the like before or since. The unmistakable power and talent that led Ellen Nussey to declare: ‘I have at this time before me the history of a mighty and passionate soul, whom every adventure that makes for the sorrow or gladness of man would seem to have passed by with averted head. It is of Emily Brontë I speak, than whom the first 50 years of this century produced no woman of greater or more incontestable genius.’

On this day then let us remember the brilliance of Emily Brontë contained within ‘Wuthering Heights’ and contained within her remarkable poetry. This particular poem was praised by F.R. Leavis, perhaps the greatest ever literary critic, as ‘the finest poem in the nineteenth century’. High praise indeed, so I shall leave you with ‘Remembrance’ as we remember Emily Jane Brontë, who left us 170 years ago today:

“Cold in the earth—and the deep snow piled above thee,
Far, far removed, cold in the dreary grave!
Have I forgot, my only Love, to love thee,
Severed at last by Time’s all-severing wave?
Now, when alone, do my thoughts no longer hover,
Over the mountains, on that northern shore,
Resting their wings where heath and fern-leaves cover,
Thy noble heart forever, ever more?
Cold in the earth—and fifteen wild Decembers,
From those brown hills, have melted into spring:
Faithful, indeed, is the spirit that remembers,
After such years of change and suffering!
Sweet Love of youth, forgive, if I forget thee,
While the world’s tide is bearing me along;
Other desires and other hopes beset me,
Hopes which obscure, but cannot do thee wrong!
No later light has lightened up my heaven,
No second morn has ever shone for me;
All my life’s bliss from thy dear life was given,
All my life’s bliss is in the grave with thee.
But, when the days of golden dreams had perished,
And even Despair was powerless to destroy,
Then did I learn how existence could be cherished,
Strengthened, and fed without the aid of joy.
Then did I check the tears of useless passion –
Weaned my young soul from yearning after thine;
Sternly denied its burning wish to hasten,
Down to that tomb already more than mine.
And, even yet, I dare not let it languish,
Dare not indulge in memory’s rapturous pain;
Once drinking deep of that divinest anguish,
How could I seek the empty world again?”