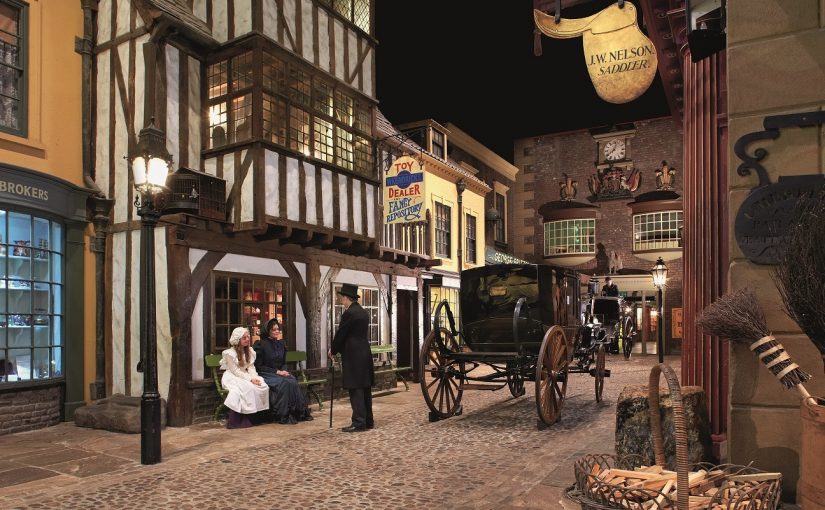 We saw earlier this week how June 29th was a momentous day for Charlotte Brontë, as it was the date on which she was baptised and married, with a 38 year gap in between. Unfortunately many of the exact dates in the Brontë story are unknown, so that we don’t know, for example, the exact date of birth of the eldest Brontë sibling Maria Brontë, nor the joint publication date of ‘Wuthering Heights’ and ‘Agnes Grey’.

One event we do know the exact date of, however, happened on June 30th 1845 – it was a journey to York undertaken by Emily and Anne Brontë, and the two sisters viewed it rather differently, as can be seen in references to it, and absences of references to it, within their individual diary papers of that year.

There are six diary papers in existence, the 1834 and 1837 papers are written jointly by Emily and Anne, whilst in 1841 and 1845 they each write one separately, with the intention that they are opened on Emily’s birthday three or four years later. In her 1845 diary paper, dated 30th July (her 27th birthday) she writes that the papers are intended to be opened in 1848, but we have no new diary papers for that year – they could now be lost, or it could be an external factor such as Branwell’s deteriorating health prevented them from ever being penned.

‘Anne and I went on our first long journey by ourselves together – leaving home on the 30th of June – Monday sleeping at York – returning to Keighley Tuesday evening, sleeping there and walking home on Wednesday morning – though the weather was broken, we enjoyed ourselves very much except during a few hours at Bradford and during our excursion we were Ronald Macelgin, Henry Angorra, Juliet Angusteena, Roseabelle, Ella and Julian Egramont, Catherine Navarre and Cordelia Fitzaphnold escaping from the palace of instruction to join the Royalists who are hard driven at present by the victorious Republicans. The Gondals still flourish bright as ever. I am at present writing a work on the First Wars – Anne has been writing some articles on this and a book by Henry Sophona. We intend sticking firm by the rascals as long as they delight us which I am glad to say they do at present.’

This is a very upbeat recollection of a happy few days by Emily, spent in the company of the sister she loved more than anything in the world. It is also in contrast to the image many have of Emily as being relentlessly dour, and in support of a cheerful Emily we also have Ellen Nussey’s account of how she liked to play tricks on people and then laugh uproariously.

Nevertheless, questions arise from Emily’s account – what was the problem with Bradford for example, and is Anne really still obsessed with the land of Gondal, invented in their youth and which the characters named in the above diary paper all populated, as Emily so plainly is? Anne’s corresponding diary paper doesn’t mention the expedition at all, and it seems that she is still suffering after escaping an all too real ‘palace of instruction’. Here is Anne Brontë’s account of that summer:

‘This is a dismal cloudy wet evening, we have had so far a very cold wet summer… The Gondals are in general not in first rate playing condition… I for my part cannot well be flatter or older in mind than I am now. Hoping for the best I conclude, Anne Brontë.’

Why is Anne so despondent here? Simply because June, the month of the trip to York with Emily, also saw Anne resign her post as governess to the Robinson family of Thorp Green Hall, after more than five years of excellent service to them. In this same 1845 paper, Anne hints why she left:

‘I was then at Thorp Green and now I am only just escaped from it. I was wishing to leave then and if I had known that I had four years longer to stay how wretched I should have been too. I was writing my fourth volume of Sophala, but during my stay I have had some very unpleasant and undreamt of experience of human nature.’

Undoubtedly, Anne is at least partly here hinting at flirtations, if not necessarily a full blown love affair, between her mistress Lydia Robinson and Branwell, whom she had secured a job there in 1843. Anne was also doubtless ruing that she would not see Scarborough that summer, or as far as she knew ever again, the east coast resort she loved and that she usually travelled to in July with the Robinson family.

This was a time of transition for Anne Brontë, but with the ever faithful and ever loving Emily Brontë by her side to cheer her up, it would eventually become an incredibly creative one. The girls, with older sister Charlotte, were about to embark upon writing some of the greatest books the world has ever seen.

The Story Of Anne Brontë's Fair Godmothers
The Story Of 'Poems by Currer, Ellis and Acton Bell'
The Six Proposals Of Charlotte Brontë