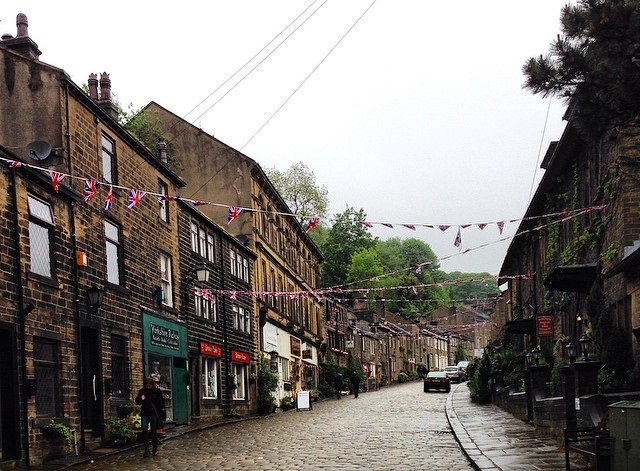 After what seems like years of interminable campaigning, the day of the General Election has at last arrived. As I type this I don’t of course know the result, but it’s fair to say that whilst Theresa May is still hot favourite to remain in number ten, a buoyed Jeremy Corbyn has been seen taking measurements for a new red carpet. There have been many big issues, but of course the really big question is this: just who would the Brontë sisters have voted for?

It is commonly stated that the sisters were ‘high Tory’, but before Labour supporting Brontë fans go red in the face it’s important to remember that voters at this time had only two choices: Tory, equivalent to the modern day Conservatives, or Whig, who evolved into the current Liberal Democrats.

It’s also important of course to remember that large sections of the country were completely disenfranchised. Women over 21 wouldn’t be allowed the vote until 108 years after Anne was born. The vast majority of men, including Patrick and Branwell Brontë, were also barred from voting by the archaic system then in place. By 1832 around 1 in 1000 people had the vote in England. Cities that were growing rapidly such as Leeds and Manchester had no MPs at all while Dunwich, with a recorded population of 32, was represented by two Members of Parliament.

This was a source of great unrest, with the Chartist movement calling for large scale reforms, including votes for men. The area around Haworth was said to be a hotbed of Chartist activity, with the threat of a violent uprising hanging in the air. This was an inspiration for Shirley by Charlotte Brontë, as well as a reason that Patrick slept with loaded pistols by his bed every night.

Although they couldn’t vote, the Brontës were firm supporters of the Tory cause. Patrick had been at University with Henry Temple, later Lord Palmerston. Palmerston was a Tory grandee and would serve twice as Prime Minister, although he later became a Liberal. The undoubted hero of the family was Arthur Wellesley, the Duke of Wellington. He was not only a famous war veteran, he was also a Tory politician who would serve as Prime Minister.

The children took a keen personal interest in politics, and would gain a real grasp of the issues of the day from the newspapers and periodicals that they read. Charlotte described them thus: ‘Papa and Branwell are gone for the newspaper the Leeds Intelligencer – a most excellent Tory newspaper edited by Mr Wood the proprietor Mr Hennaman. We take 2 and see 3 Newspapers as such we take the Leeds Intelligencer Tory and the Leeds Mercury Whig Edited by Mr Bains and his Brother Soninlaw and his two sons Edward and Talbot – we see the John Bull it is a High Tory very violent’.

Her friend Mary Taylor of the Red House at Gomersal was later to reveal how interested Charlotte was in politics: “We used to be furious politicians, as one could hardly help being in 1832. She [Charlotte] knew the names of the two Ministries; the one that resigned and the one that succeeded and passed the Reform Bill. She worshipped the Duke of Wellington, but said that Sir Robert Peel was not to be trusted; he did not act from principle like the rest, but from expediency… She said she had taken an interest in politics ever since she was five years old. She did not get her opinions from her father – that is, not directly, but from the papers he preferred.”

The Reform Act of 1832 led to some major cities including Leeds getting their own MP. Emily and Anne’s jointly written diary paper of 1834 reveals their excitement that Sir Robert Peel had been chosen to stand as MP for nearby Leeds:

We can only imagine what Charlotte thought of that!

If Anne Brontë was alive today, would she have voted Conservative? It’s an intriguing question, and one that’s impossible to answer, but we can look at what would have been important to her and draw our own conclusions. Anne, following the example of her father, was very keen on the power of education to improve people’s lives. She took a keen interest in the conditions of the poor. She cared greatly about animals and animal welfare, and it’s safe to assume that she would also have been passionate about modern environmental concerns. It seems fair to wonder whether Anne’s political persuasions today would be of the red, or even green, variety rather than blue.

There’s another option at this election that Anne Brontë and her siblings may have found intriguing: there’s now a Yorkshire Party. The central tenet of its manifesto is that Yorkshire should have a devolved parliament similar to that in Scotland and Wales (both of which have smaller populations than Yorkshire). Unfortunately there is no mention of them making it compulsory to read Agnes Grey and The Tenant of Wildfell Hall in schools, but maybe that will make it into their next manifesto! 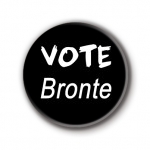 Whatever the outcome of the General Election, it always makes sense to vote Brontë when you’re choosing a new book to read – they’re a strong and stable reading choice, and they certainly provide entertainment for the many, not the few.