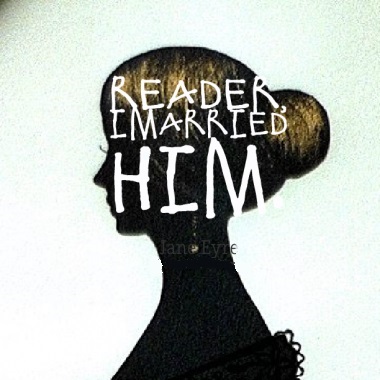 On October 16th 1847 a book was published that would shake up English literature, and that will be loved and admired for as long as books are read. It was ‘Jane Eyre’ by Currer Bell, who we now know, of course, as Charlotte Brontë. Two months later, ‘Agnes Grey’ by Acton Bell, Anne Brontë of course, was published and readers and critics didn’t take long to notice many similarities.

Both novels are narrated by a heroine who has lost her father and eventually becomes a governess. They are bright and kind hearted, quiet and yet forthright, and both would never dream of doing anything immoral or dishonest. At the heart of both books, as well, is a yearning for love and a remarkably similar ending. Little wonder that many people accused Anne, as Acton, of imitating the instant smash hit that was Jane Eyre. What those people didn’t realise, of course, was that Agnes Grey was written a year before Charlotte’s book and so any imitation must have been the other way round.

Charlotte had written ‘The Professor’ at the same time as Anne wrote ‘Agnes Grey’ and Emily Brontë wrote ‘Wuthering Heights’. They had intended to publish them together, but nobody was interested in ‘The Professor’. Charlotte rapidly wrote a second novel after encouragement from the publisher Smith, Elder & Co and they published it even more rapidly, ensuring that the author became an overnight success. Anne and Emily’s publisher, Thomas Cautley Newby, in contrast had been sitting on the two novels he’d agreed to publish. Realising that he could capitalise on the success of ‘Jane Eyre’ he finally released them in December 1847.

Marriage is just one theme that unites ‘Jane Eyre’ and ‘Agnes Grey’. I don’t think I need to say ‘spoiler alert’ when I say that Jane finally, after many travails, marries her beloved Rochester, even though he is by that time blind and disfigured by a fire. “READER, I MARRIED HIM” are the capitalised opening words to chapter 38, the final chapter of ‘Jane Eyre’, and four words that have set readers hearts’ glowing then and ever since. We then get a brief and low key explanation of how they raise a family and how Rochester regains his sight. This is very similar to the ending of Agnes Grey. After being separated from Reverend Weston, the man she loves, Agnes is suddenly reunited with him. On the very last page she reveals that “A few weeks after that, when my mother had supplied herself with an assistant, I became the wife of Edward Weston; and never have found cause to repent it, and am certain that I never shall.” She then concludes by talking of how they have raised a family in a low key and yet touchingly beautiful ending.

Love and marriage are at the heart of all Charlotte’s books, including the wonderful Shirley where both the heroines (based upon her sisters Anne and Emily) marry at the end. It also features of course in Anne’s other novel, but in a very different way. In ‘The Tenant Of Wildfell Hall’, Anne explores a doomed marriage, one where the wife endures an abusive relationship with an alcoholic husband. This heroine, Helen, takes a very different view of her husband to Jane or Agnes, with capitals being used for effect once again: “It is not enough to say that I no longer love my husband – I HATE him! The word stares me in the face like a guilty confession, but it is true: I hate him – I hate him! – But God have mercy on his miserable soul.”

It shocked readers, and it shocked Charlotte especially, but it showed how Anne Brontë was prepared to explore the harsher realities of life in a way that neither of her sisters ever could. She had defied nineteenth century conventions, and created something truly unique. Within a year of its publication, Anne was dead; if she had lived who knows what other masterpieces she may have created?

Christmas in the Novels of the Brontë Sisters
How Brussels Changed The Brontës Forever
Past Days: Anne Brontë's Isolation Message