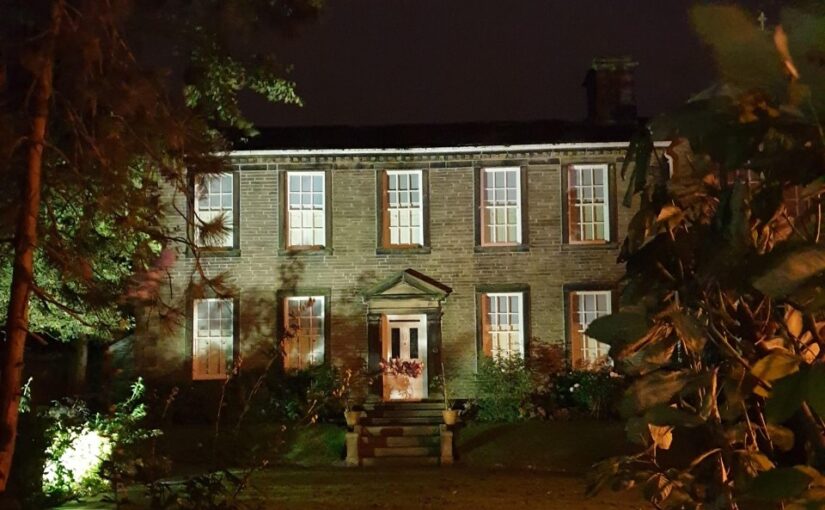 Let’s face it, this has been a strange year. At the dawn of January I was looking forward to a year spent celebrating the 200th anniversary of the birth of Anne Brontë, but 2020 had other plans. Many of us have found ourselves separated from the ones we love, and unable to do those everyday things we enjoy so much and perhaps took for granted. It’s been challenging for us all, and this isolation and a longing for a return to the past is something that Anne Brontë was familiar with too, as we can see from a poem that she wrote on this day in 1843.

Anne originally called the poem ‘’Tis Strange To Think’, but it was later given the title of ‘Past Days’ for its inclusion in the very first Brontë book, Poems by Currer, Ellis and Acton Bell. By the time of its writing, and it was dated by Anne on the 22nd of November 1843, Anne was coming to the close of her fourth year in the service of the Robinson family of Thorp Green Hall; it is just over a year since the love of her life, William Weightman, died of cholera, and a month until she can return to her beloved home in Haworth for the Christmas holiday. Anne’s feelings of despair and alienation can clearly be seen in her poem which follows:

“’Tis strange to think there was a time
When mirth was not an empty name,
When laughter really cheered the heart
And frequent smiles unbidden came,
And tears of grief would only flow
In sympathy for others’ woe;
When speech expressed the inward thought
And heart to kindred heart was bare,
And Summer days were far too short
For all the pleasures crowded there,
And silence, solitude and rest,
Now welcome to the weary breast,
Were all unprized, uncourted then,
And all the joy one spirit showed
The other deeply felt again,
And friendship like a river flowed,
Constant and strong its silent course,
For nought withstood its gentle force;
When night, the holy time of peace,
Was dreaded as the parting hour
When friendly intercourse must cease
And silence must resume her power,
Though ever free from pains and woes
She only brought us calm repose;
And when the blessed dawn again
Brought daylight to the blushing skies
We woke, and not reluctant then
To joyless labour did we rise,
But full of hope and glad and gay
We welcomed the returning day.”

In one sense this is an understandably mournful poem, but in another sense it’s a joyous poem too, even if the joys are only remembered ones. Anne gives us a snapshot of life in Haworth Parsonage at the turn of the 1840s, with the kindred hearts of the Brontë sisters revelling in their nascent creativity and laughing out loud at their shared happiness.

It particularly gives us an insight into the closest and most important friendship of Anne’s life – that with her sister Emily Brontë. The closeness of Anne and Emily was remarked upon on more than one occasion by family friend Ellen Nussey:

‘She [Emily Brontë] and gentle Anne were often seen twined together as united statues of power and humility – they were to be seen with their arms lacing each other in their younger days whenever their occupation permitted their union.’

In her poem Anne Brontë recalls this sororal symbiosis with happiness, remembering long summer days together walking the moors. Only night time can temporarily break their friendship, so the welcome the rising of the sun and the return of a new day which would see them side by side again. Alas, in November 1843 that joy has been eclipsed, and the sun only brings another day away from Emily and her family.

It’s a situation that many of us in lockdown can easily sympathise with. We find ourselves away from family and loved ones, and the rising sun only brings another day where they are distant. Nevertheless this isolation and despair passed. Anne returned to Haworth a month later and spent a happy Christmas with her family, and a year and a half later she was back home in Haworth permanently. Our isolation too will pass, and this dreadful virus will pass and be defeated, so until then we need to take solace, like Anne, in happy memories and the knowledge that we will be with our loved ones again. It also helps if we have a good book or two to read as well, of course.

Once again, we find the writing of Anne Brontë to be remarkably prescient, she truly is a writer for our time and for all times. In the version published within Poems by Currer, Ellis and Acton Bell we find the stamp of another genius too: Charlotte Brontë. Charlotte had taken on the task of editor for their poetry project, and it was surely she who gave Anne’s poem the title of ‘Past Days’ by which it’s now known. She also changed one line in the poem; Anne’s wrote about ‘when friendly intercourse must cease’, but Charlotte changed it to ‘when speech and mirth at once must cease’, emphasing even more powerfully the joyous nature of the relationship the sisters enjoyed.

Many people think of the Brontës as an endlessly tragic, gloomy bunch, but it seems to me that they were often very happy, carefree and loving siblings and that the walls of their parsonage often rang with laughter. I hope you find something to smile and laugh about today, because better times are drawing ever nearer and whilst past days may be good, future days could be even better. I’ll see you again next Sunday for another new Brontë blog post.

Hathersage, Jane Eyre and the Brontës
Without The Veil Between, An Interview With DM Denton
The Brontës In The United States Of America