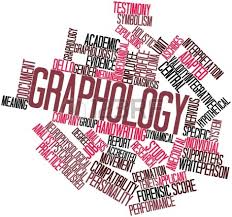 We all know, of course, that the Brontë sisters were masters of the art of writing, and their books tell us a lot about the world we live in and the authors themselves. This is particularly true of Anne Brontë’s novels, as Agnes Grey is highly autobiographical and The Tenant of Wildfell Hall touches upon usually taboo subjects she had encountered in her own family and in the wider world. Could we also find out more about the Brontës not from their written work, but from their handwriting itself.

With this question in mind I contacted one of the foremost experts in this field, Jean Elliott, MBIGDip, handwriting expert, graphologist and forensic document analyst. Jean has a quarter of a century’s experience in this field, and is often called upon to analyse handwriting in legal cases. She is also an expert graphologist, meaning that she can interpret the character of a person from their handwriting. With this in mind I sent Jean two samples of Anne Brontë’s handwriting and two of Charlotte Brontë’s handwriting, without revealing the writer’s identities. The results are illuminating.

Charlotte’s writing was looked at first. Her letter ‘d’ caught Jean’s eye, as it reveals Charlotte to have an over emotional nature. The handwriting also shows that she is very artistic, and in Jean’s opinion she would have loved to sing, which is interesting as I’ve never heard of Charlotte singing before.

Anne’s writing was seen as much more rigid and with a small middle zone (apparently this means the zone that records what is happening in the here and now); this indicates that Anne could disconnect from her personal needs and instead pour her efforts into ambitions of achieving recognition and success. Anne’s handwriting also shows that she was particularly practical and self-reliant.

I’m sure Charlotte Brontë in particular would have been interested in this graphological analysis, as although the concept was unknown to Charlotte she herself was fascinated by phrenology – that is analysis of a person’s character by looking at the shape and measurements of their head. A fascination in, and belief in, phrenology is easily seen in Jane Eyre. Rochester is pretending to be a fortune teller, and he makes Jane kneel in front of him as he examines her head:

“’I see no enemy to a fortunate issue but in the brow; and that brow professes to say, – ‘I can live alone’… the forehead declares, ‘Reasons sits firm and holds the reins.’”

On whatever level we study the Brontës’ writing, we can certainly all enjoy it. The sisters, and their brother Branwell, loved to write as much as they loved reading, and as in all things with practice comes improvement. That’s why I’m delighted to announce that I have been asked to lead the creative writing group at Elizabeth Gaskell’s House in Plymouth Grove, Manchester.

This is the house that Elizabeth Gaskell lived in as she wrote her masterpieces, including her biography of Charlotte Brontë. We know that Charlotte often visited and on one occasion hid behind the curtains there as she was too shy to meet a stranger who arrived.

It’s an absolutely beautiful building that allows us to see the house as it was when the Gaskells lived there, and so I’m thrilled to be invited to be a part of it. I’ll be taking writing classes there on the fourth Thursday of each month. The first session is this coming Thursday, the 26th from 2 until 3pm. It’s for writers of all experience or none, and all abilities, and the emphasis will be upon fun in a supportive and encouraging environment. It only costs a pound, and you don’t need to book in advance so if you’re near Manchester next Thursday please do come along. Don’t worry, we won’t be analysing your handwriting!

One thought on “The Brontës And The Art Of Writing”