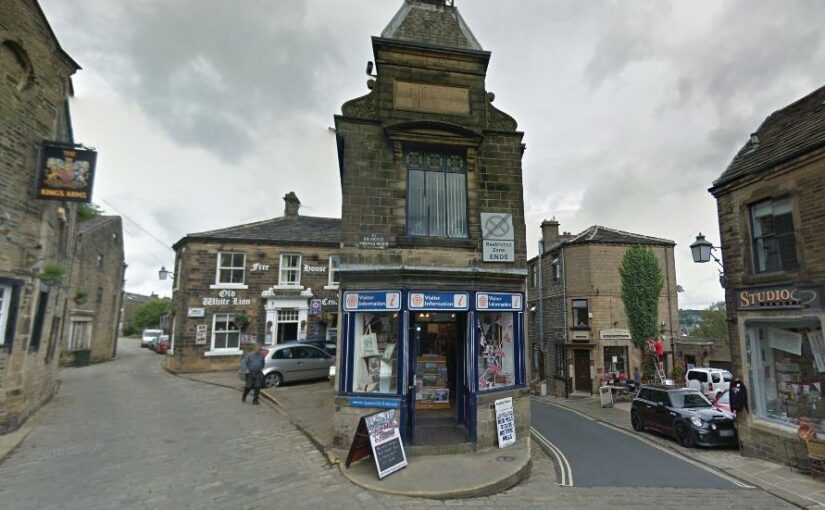 Many people will be looking ahead to 2021 with a little more optimism, and many will also be hoping to visit the Brontë Parsonage Museum in the year to come. It’s a wonderful museum, and of course it’s fitting that it’s based within the building the Brontës knew and loved, but it isn’t the first Brontë museum in Haworth. In today’s posts we’re going to look at the first Brontë museums.

The idea of opening a dedicated Brontë Museum had been mooted since the Brontë Society was first founded by a small number of enthusiasts in 1893. The sole purpose of the society at this point was to open a museum and library to preserve the Brontë relics in their possessions, before they became lost to the public forever. At first the city of Bradford was suggested as the host, but it was soon realised that only Haworth, which had no Brontë memorial at all at the time, had the right to the museum. By 1895 a room had been rented above the old Yorkshire Penny Bank at the summit of Main Street (more recently the Tourist Information Centre at the top of this post), and on Saturday 18th May 1895 the Brontë Museum and Library was officially opened, as reported here in The Sphere. It should be noted that contrary to the report Sir Wemyss Reid did not perform the opening ceremony as he was at home with a cold, so it was left to a Bradford councillor to declare it open.

Nonetheless from this little acorn a mighty oak began to grow, and Brontë collectors across the world began to donate their items to the museum. I was reminded of this earlier this week when I was offered a 1927 book entitled ‘The Brontë Society Catalogue Of The Museum And Library’. I snapped the offer up of course, and it’s a remarkable book, 200 pages in length which lists all the items held by the museum at the time. 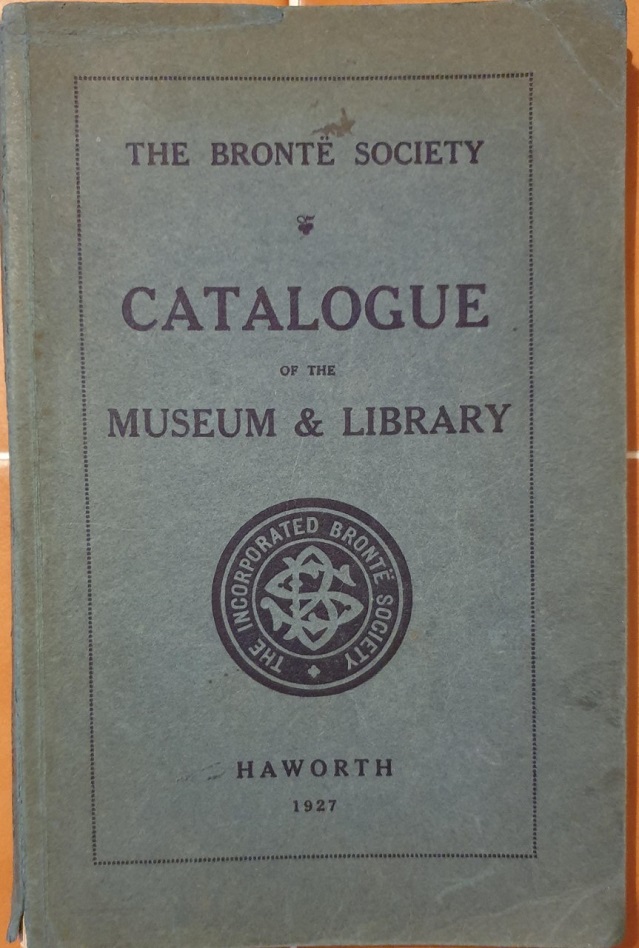 The date is very important here, as this was the final year of the Brontë Museum and Library above the Yorkshire Penny Bank. A year later Haworth Parsonage had been bought and gifted to the society, and the museum that we know and love today opened. We see in this catalogue, then, what the society possessed before it moved into its present premises. The catalogue is a treasure in many ways as it not only lists the items it also shows photographs of many of them, and reproduces many of the letters in its collection. I will share a few of these treasures with you now, including remarkable images of Charlotte Brontë’s dresses actually being worn.

Whilst the Yorkshire Penny Bank in Haworth housed the first official Brontë Museum, even this could not be said to be the very first museum dedicated to the sisters. That honour goes to the upper floor of an otherwise unassuming house in Albert Terrace, Blackpool, Lancashire, home at the time to one Robinson Brown. Robinson was born in 1860 the son of William Brown, sexton of Haworth just as his father John had been, and nephew of long time Brontë Parsonage servant Martha Brown.

Sometime in the early 1890s, Robinson left Haworth and travelled to Blackpool where he opened a boarding house, but by that time he had inherited a large number of Brontë relics from his father and aunt, and it was this private collection which formed the basis of the original Brontë museum. As this report from The Sketch reports, the Brontë Museum in Haworth wanted to purchase his collection, but they couldn’t afford his asking price of £500. Robinson Brown married in 1897 and the following year his collection was put up for auction. Much of it must then, or subsequently, have found its way to Haworth as items once in the collection of Robinson, including J. H. Thompson’s portrait of Charlotte Brontë and Emily Brontë’s portrait of Flossy, appear in the 1927 catalogue. Unfortunately however, and certainly surprisingly, many items at the 1897 Brontë auction went unsold or sold for next to nothing, which the Exmouth Journal attributed to Charlotte Brontë being ‘little read’ by that time!

I wonder what Branwell and Charlotte would have felt about someone called Robinson owning many of their precious items? We can also wonder what the Brontës, especially shy Emily, would have made of their items, their lives, being on display so many years after their death? Thankfully for us we have the magnificent Brontë Parsonage Museum to visit, and hopefully many more of us will get the opportunity to do so in 2021. I will see you again next Sunday for another new Brontë blog post.

Which Is The Greatest Brontë Second Novel?
Reader, I Married Him: Marriage In Jane Eyre & Agnes Grey
Muriel Spark and the Brontë Diet

2 thoughts on “Treasures Of The First Brontë Museums”