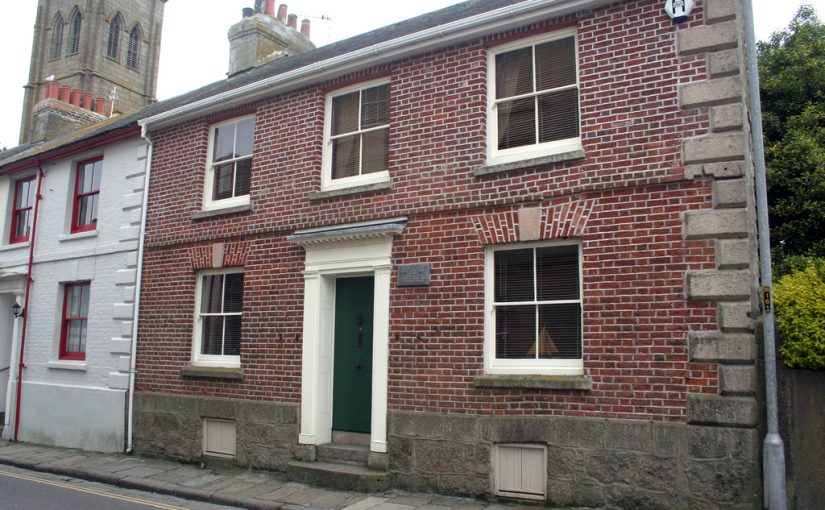 The 17th of January, 2017, marked the 197th anniversary of the birth of Anne Brontë – in my opinion not only one of the greatest writers of the Victorian era, but of all time.

Anne has never been afforded the attention, the plaudits, that her talent deserves, which was the main reason I decided to write my biography In Search Of Anne Brontë. It was a labour of love, and I’m glad to see that the recent drama To Walk Invisible also helped to put Anne in the spotlight where she belongs.

Anne’s brilliance, and that of her sisters Charlotte and Emily came in spite of family tragedies that seemed to follow upon another in cruel succession: she was a one year old baby when her mother died, and just an infant when her eldest sisters Maria and Elizabeth died of the tuberculosis they had contracted at school. In later life she lost the Aunt who had become a surrogate mother to her, and William Weightman the man she loved, within the space of weeks whilst she was away working as a governess. Finally, she lost her only brother Branwell and her beloved sister Emily at the end of a year, 1848, that should have been a triumph for her, before succumbing to tuberculosis herself just months later.

Sudden and early deaths were a way of life in the early Victorian period in a manner that is unimaginable today, but that doesn’t mean that the bereaved felt their loss any less. And yet, it is out of these tragedies that Anne Brontë forged her great work.

It was the loss of their mother that forced the young Brontë sisters together, creating their own world of the imagination and the close bonds that would last a lifetime. Weightman’s death led Anne to seek solace in poetry, and her many poems of mourning and loss are among her greatest verse. Above all, they led Anne to seek the truth in all she did, and to make honesty the most important cornerstone of her life and her writing. Anne knew how fragile life on this earth could be, so she scorned the critics who called her work coarse and brutal. To Anne, there was no early critic who could make her change her course.

Anne’s novels were truly ground breaking in the way that they addressed real problems facing real people: the unfairness of the class system, the rights of women, alcoholism, drug dependency, abusive relationships, frustrated love, extra-marital affairs, hypocritical preaching. Anne’s ‘The Tenant Of Wildfell Hall’ has been described as one of the first works of feminist fiction, and suffragette and writer May Lewis said that Helen’s slamming of the marital door against Huntingdon reverberated across Victorian England.

As well as that, however, they often have touches of lightness and levity that to my mind outshine examples found in other Brontë novels. In The Tenant Of Wildfell Hall, for example, Fergus is a terrific comic character, and even the hero Gilbert has his pomposity pricked in amusing fashion.

Above all, Anne’s books are a pleasure to read. Anne was a brilliant wordsmith, a superb technician whose pages almost turn themselves. George Moore, himself a brilliant novelist, stated that when you read ‘Agnes Grey’ you know you are reading the work of a genius, and said that if Anne Brontë had lived longer her reputation would have matched Jane Austen, and perhaps even surpassed it.